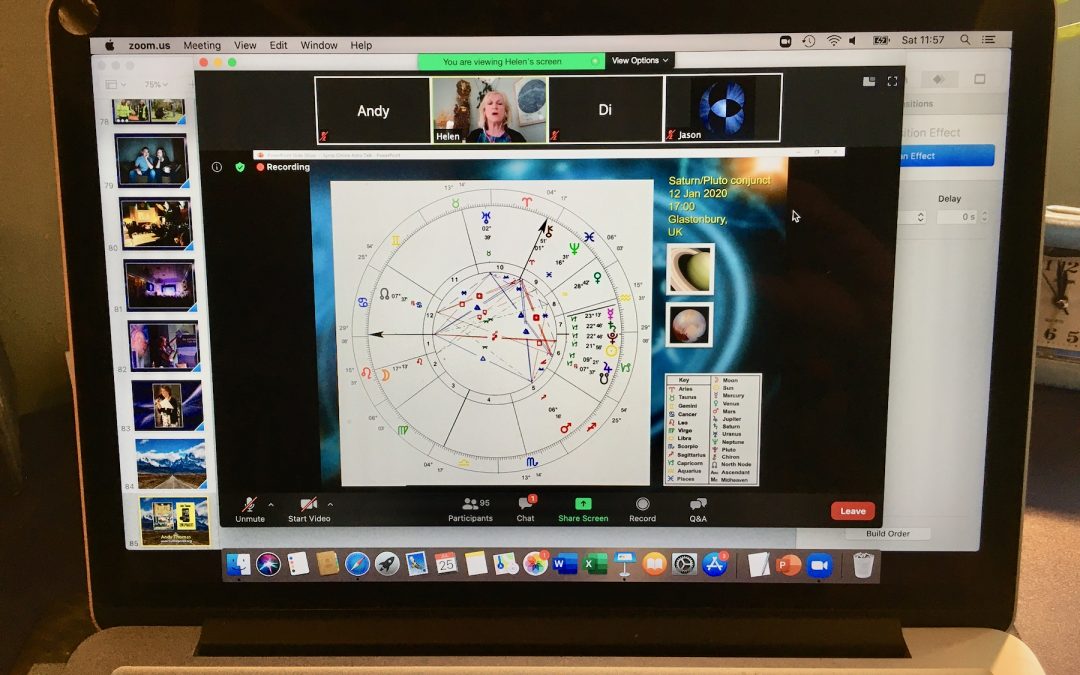 Because we had to postpone our main event last year because of the pandemic restrictions, we held a special Symposium Online on Saturday 25th July 2020 to keep the flame alive with this very enjoyable day, featuring some Symposium regulars and our very eminent guest, Rupert Sheldrake. Here’s our report on how it went! 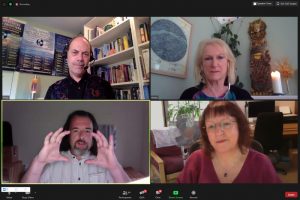 Although this wasn’t the 30th anniversary event we had expected, taking place on what would usually be the middle day of the Symposium this was a very successful five-hour series of live presentations in two sessions, morning and afternoon, conducted via Zoom. Although no substitute for a full event, of course, it was surprisingly sociable, retaining the friendly ‘family’ feel of the Glastonbury Symposium, and we have had many very positive responses. 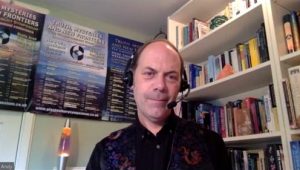 Using the Zoom webinar mode (where speakers are heard and seen, but not the audience, who could, however, share their thoughts and feelings via the Chatbox facility), first up the team of Andy Thomas, Diana Brown, Jason Porthouse and Helen Sewell welcomed people to the day and chatted through how things would run. Then it was onto the first presenter of the day, as Andy Thomas retained his annual Saturday morning slot and talked through some of the many issues arising from recent times and all the debates over the pandemic and its huge consequences for truth and freedom. With populations being suspiciously ‘snowblinded’ by being told over and over again just how ‘unprecedented’ these times are, this feels ever more like a clever ploy to persuade us to go along with things we wouldn’t normally accept, as all usual calibration points are swept away and censorship reigns supreme. 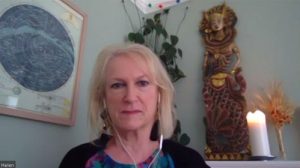 Next up was Helen Sewell, a familiar face at the Symposium but also a widely respected psychological astrologer. Taking a more celestial view of recent events, Helen conveyed the huge astrological undercurrents going on at the moment, which were always guaranteed to stir big things, and pointed out some of the clear correlations. Even if unfamiliar with the astrological context, viewers were left in no doubt that these were never going to be passive days, with a somewhat tumultuous coming autumn being likely.

An open forum followed (neatly taking the place of our annual Saturday Forum), with Andy, Helen and the team, as attendees easily offered their queries and thoughts in the ‘Q&A’ facility and ideas were talked through and debated. A break for lunch followed, but the session was kept open for those wanting to use the Chatbox or watch the long selection of archive images of past Symposiums, set to music, to mark our 30th anniversary, which ran in a continuous loop throughout, keeping something of the atmosphere of the usual event in our minds. 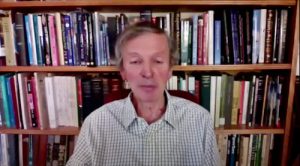 The first afternoon session was given over to our very special guest RUPERT SHELDRAKE, the renowned author, scientist and researcher whose work on telepathy, intuition and ‘morphic resonance’ has challenged the rejection of such things by the rampant scientism of modern times. Interviewed by Andy, Rupert talked through the many fascinating aspects of his work and highlighted potentially crucial areas that, if properly investigated by other scientists as Rupert believes they eventually will be, could change our entire conception of how the universe works. Rupert was lucid and inspirational, and spoke openly on what he calls ‘the science delusion’, entertainingly and insightfully challenging the increasingly unhelpful dogma of so-called ‘peer review’. Q&A followed, and there was no shortage of further threads to be picked up or expanded on. Many thanks to Rupert for an extraordinary contribution to our online day. We have tried many times in recent years to get Rupert as a speaker but our dates always clash with his annual stay in Canada, so we were very happy to have him this way instead! 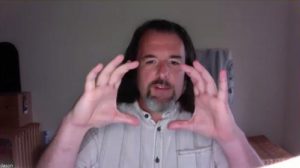 The day closed with a heartfelt presentation by Jason Porthouse, who looked more closely at the implications of some of the current social movements and pandemic upheavals, taking a more spiritual view of how to approach otherwise unsettling days. Taking up his usual mantle of the Symposium, Jason led a very peaceful meditation, which worked very well in this new online environment, calming everyone down for some closing conversation and a very lively Chatbox, which suggested that people had been very engaged and stimulated by the whole day.

Thank you to everyone who supported this event, making it such a valid and enjoyable day. See here for some of the many kind comments we have received and to find links to recordings of the event.