Rupert Sheldrake speaks for the Symposium 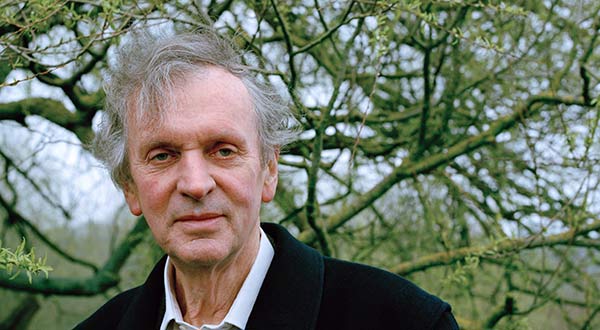 The special guest for our online event on Saturday 25th July 2020 is Rupert Sheldrake, the very eminent biologist, founder of ‘morphic resonance’ theories and the author of many key books, including The Science Delusion…

Rupert (bio below), whose extraordinary work has bravely bridged the divides between hard science and parapsychology, spoke at one the very early Symposiums nearly three decades ago, and we have long wanted him to return, but our schedule has always clashed with his annual months spent in Canada. However, the wonders of the online world mean that at last we are able to welcome him in digital form at least!

As part of our Symposium Online day (see here for all the other details and speakers) the Symposium’s own Andy Thomas will interview Rupert in real time about his life, his work and his beliefs and convictions in what promises to be a very fascinating 90 minutes.

Rupert will be appearing between 14:30 and 16:00 – don’t miss this chance to hear the very thoughtful insights of one of the few people to successfully apply science to areas that the establishment still often resists, to its detriment. It is a real pleasure to welcome Rupert back to the Glastonbury Symposium at last.

RUPERT SHELDRAKE is a biologist and author of more than 90 scientific papers and nine books, and the co-author of six books. His books have been published in 28 languages. He was among the top 100 Global Thought Leaders for 2013, as ranked by the Duttweiler Institute, Zurich, Switzerland’s leading think tank. The leading researcher into theories of ‘morphic resonance’, since 1981 he has continued research on developmental and cell biology. He has also investigated unexplained aspects of animal behaviour, including how pigeons find their way home, the telepathic abilities of dogs, cats and other animals, and the apparent abilities of animals to anticipate earthquakes and tsunamis. He subsequently studied similar phenomena in people, including the sense of being stared at, telepathy between mothers and babies, telepathy in connection with telephone calls, and premonitions. Although some of these areas overlap the field of parapsychology, he approaches them as a biologist.

A fuller biography of Rupert can be found here.