A visit to the fields of Wiltshire to see one or more of the crop formations of 2022, combining a visit to the Crop Circle Exhibition Centre. [NOTE: Should no crop circles appear the tour will still go ahead but will be a Sacred Sites tour of the Avebury area.]

With Roeland Beljon and Nancy Polet

Helpful notes about our coach tour:

The tour starts 9:00am PROMPT, leaving from Northload West car park, Feversham Lane, Glastonbury, BA6 9JJ. This is just behind the Who’d a Thought It pub. [Please note that this is NOT the Abbey car park, as it used to be.]

Our coach is air-conditioned and comfortable. As well as good walking shoes and clothes for all weathers (see notes left), please also bring a PACKED LUNCH (easy to buy first thing in the morning in Glastonbury) and lots of WATER, as these will not be supplied.

Please also note that crop circle sites are generally located in a rural landscape and there are not usually any public facilities. Distance-wise, the walk from the coach and into the field can be up to twenty minutes, depending on the location of the crop formation, so please be prepared for this.

Total coach travel time is around 1 hour and 30 minutes from Glastonbury to the general area of Wiltshire where crop circles tend to appear. The trip will visit the Crop Circle Exhibition Centre at the village of Honeystreet as part of the tour, even if there are no crop circles and sacred sites are visited instead. The coach returns to Glastonbury around 18:00 (please note that an exact return time cannot be guaranteed)

Crop circles and the tour 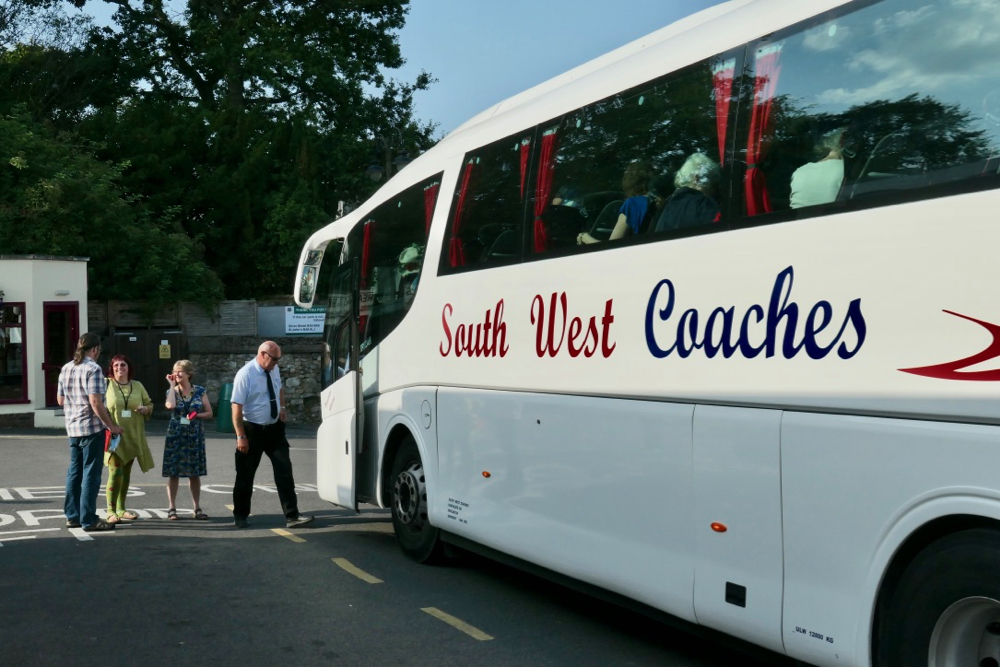 This full guided tour will take passengers to the intriguing county of Wiltshire, where many famous crop circles have appeared over the years. Practical details of the day itself are all listed above.

The fully air-conditioned coach ride will take you through some beautiful sweeping countryside, where eventually you will disembark and be led by our guides Roeland Beljon and Nancy Polet into a field to explore at least one of the latest amazing crop formations. They will point out interesting features to look out for, lead group activities and encourage people to explore the circle not only physically, but perhaps metaphysically too!

A stop will be provided for your packed lunches to be eaten (please bring these yourselves) and for your convenience.

If you have never stood inside a crop formation, this is an experience not to be missed. Wherever you believe these enigmatic shapes come from, to stand under an open sky in a huge maze-like area of woven crop is often revelatory and has been known to change lives!

The crop circle mystery is a persistent and ever-controversial part of the English countryside – and other countries beyond. Each year sees a new collection of beautiful patterns in the fields, always reviving arguments about whether they are man-made art or something stranger.

Crop formations have been appearing for several centuries, with drawings and descriptions from at least the 1600s, and photographs from 1932 onwards, so the phenomenon is far more than just a modern prank.

Although the media now barely reports them, crop circles are very much still appearing and astonishing people with their remarkable geometric complexity. For every formation that might be made by people, there are some that simply cannot be dismissed so easily. A number have appeared within seconds in front of people’s eyes, while others have seen aerial lights in their vicinity, and there is evidence of unexplained biological anomalies occurring in the laid plants.

Whether the more mysterious glyphs are made by other intelligences, natural forces, psychic influences or all or none of these things is still hotly debated, but either way many have been moved very deeply by the sheer beauty of the designs. 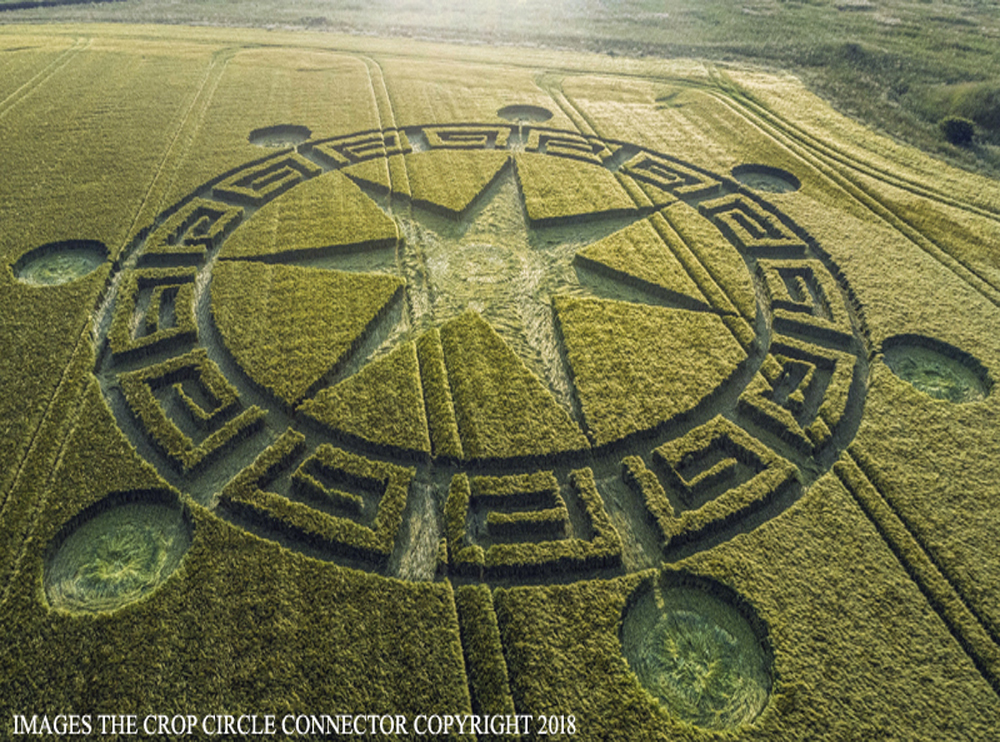 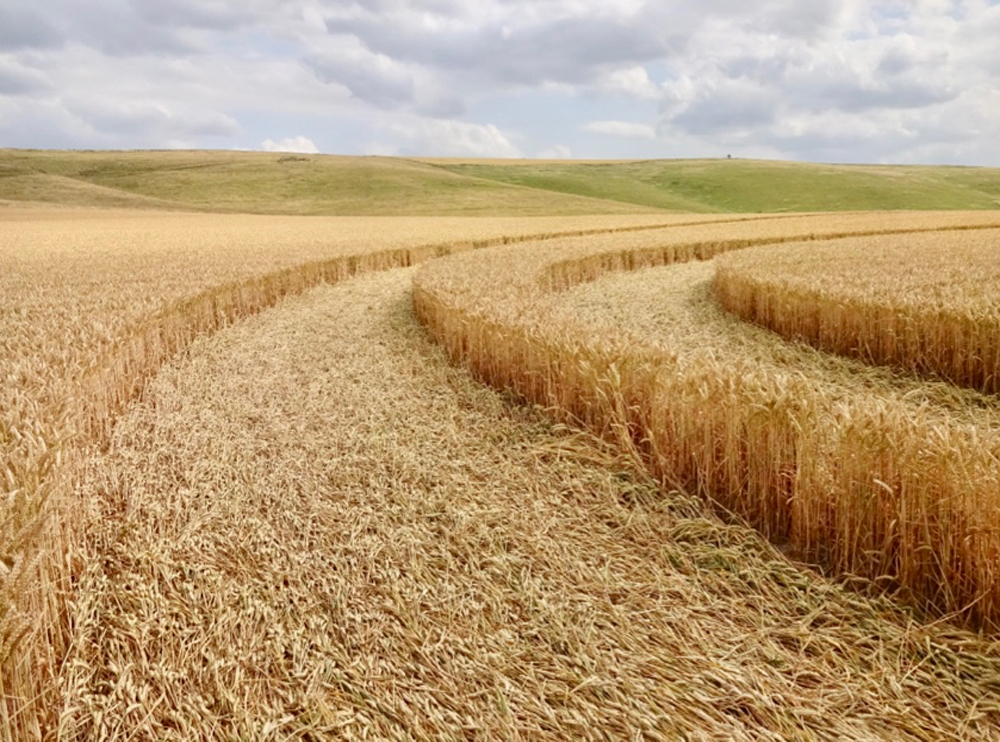 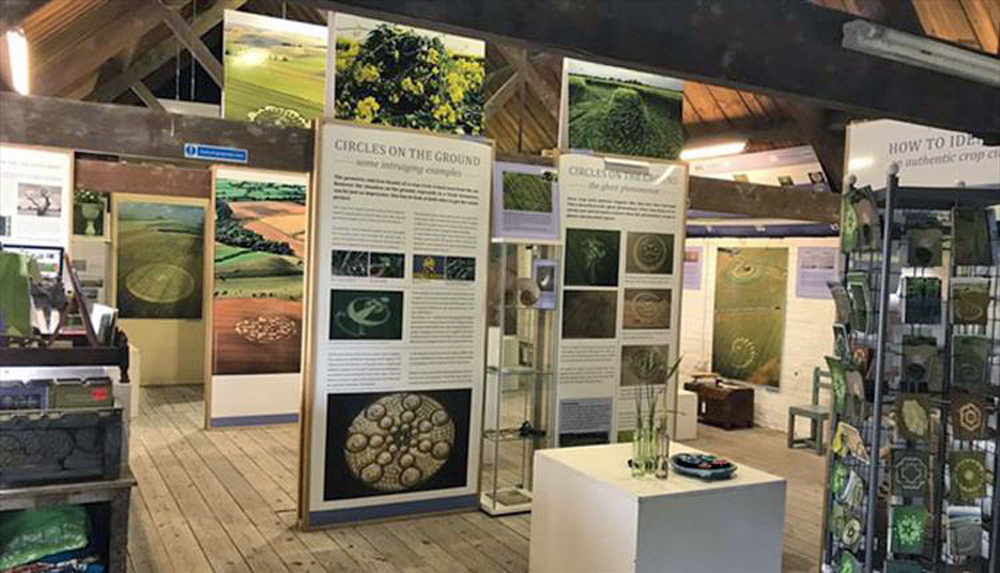 The coach tour will visit the Exhibition Centre during the day. Originally founded by circle researcher Monique Klinkenbergh in 2014 at the Wiltshire Museum in Devizes, the exhibition has evolved and travelled around and has now found a permanent home at Honeystreet Village in Wiltshire, in the traditional heartlands of the crop circle phenomenon. The aim of the exhibition is to inform people about the – often unknown – facts about the circles, and to emphasise that, alongside man-made circles, there is an authentic and mysterious phenomenon at work. The display was curated and compiled with the help of circle researcher Andreas Müller and with contributions and the support of many other national and international researchers.

Roeland Beljon is a sociology major and works in the field of mobility management and environmental consultancy. Nancy Polet LLM has a Masters degree in law and has been working in the field of environmental law for over two decades. Next to her professional career she has been studying the spiritual and esoterical for over 35 years. Roeland has been chairman of the Dutch Centre for Crop Circle Studies since 2011 and together they have been active members since it was founded in 1995. They have been visiting the crop circles every year since they discovered their first one next to Silbury Hill in 1994. They come to Wiltshire and Glastonbury every summer. In 2010 Roeland and Nancy founded Sky High Creations and together they have organised many lectures and events on frontier sciences and spiritual growth. Every summer, they organise A Night of Crop Circling in Alton Barnes, right in the middle of crop circle country, Wiltshire UK. 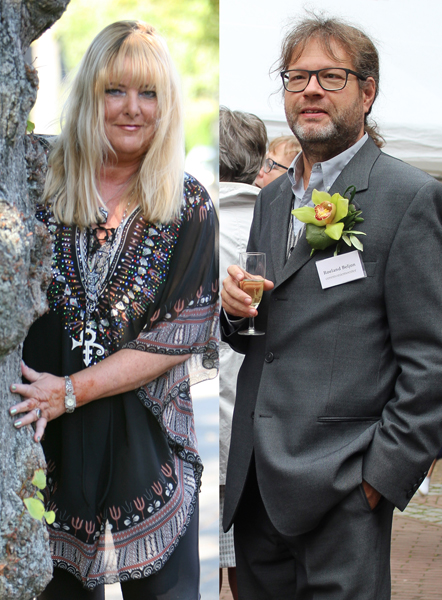